As the title says, and you should try it.
I made a set of cards from the AoS 3.0 Open Play battleplan generator, and that's how I want to play from now on.

Remember the good old Open War cards, back in AoS 1.0? 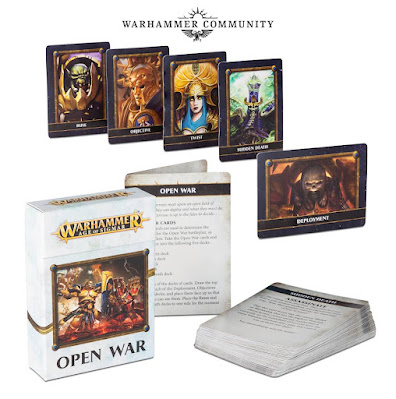 Best thing ever. Even if they created sometimes uncomfortable territories to deploy in, and most of the Objective conditions were mirror matches to both players... it actually worked really well!
The only things that some may have felt weren't working as well at the time were mostly due to the game itself not having matured: this was before the age of the General's Handbook.
People hadn't started yet to adopt matched play battleplans as the standard, or even points!

These cards made sure every game was different, yet each of the objectives made narrative sense and was compelling.
They had objective scoring, kill points, kill the messenger, etc. It included Ruse cards as a balancing mechanic to help a player with a smaller army, or additional Sudden Death Victory conditions to give a change to those with a REALLY smaller army than their opponent.
It also included Twists, which helped add more diversity to games and flavor the fantastic happenings of the realms.

Actually... the Open War generator has actually kept appearing in the General's Handbook several times. Here's one from 2018: 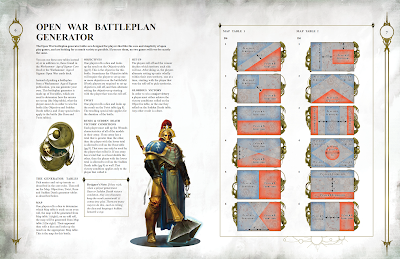 And they added a bunch more modular narrative rules in these GHBs, which fit perfectly into these generators.
But random generator tables aren't as cool and useful as cards.
The current edition of Age of Sigmar, 3.0, ALSO has an Open Play battleplan generator, exactly the same way.
And now, Open Play even asks players to use points. Everything uses points now. 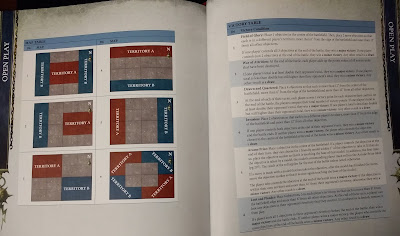 Even White Dwarf supplements that introduce new rules to armies are carrying their own faction-specific Twists and Ruses! 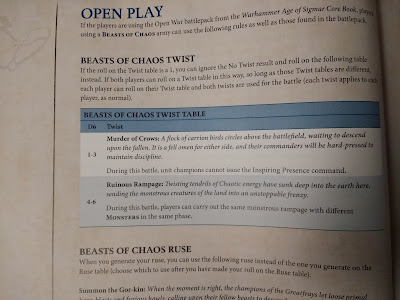 The Open Play battleplan generator is the best format for pick-up games.
It always uses points, players can even use the matched play restrictions and Realm rules if they wish, but then just roll up (or use cards) to make up the battleplan.
And presto!
There is even one Victory condition that involves a mysterious Objective (the Arcane Prize) in the center, that has to picked up by a unit but you never know what it is going to be! It could be trapped, it could be a warding icon, it could give off an arcane aura bonus!
I have made a set of cards with all the AoS 3.0 Open Play battleplan tables, and it's become very useful at our local gaming shop!! 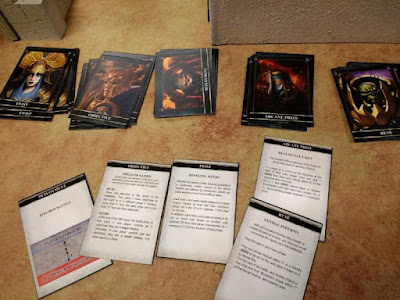 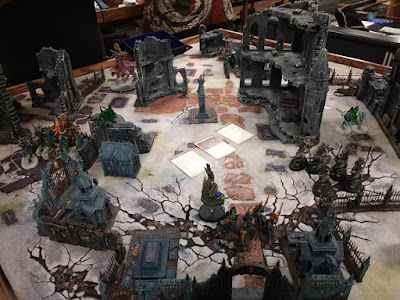 Something I have in the works, developing slowly over the past years, is a set of cards with MANY narrative battleplans and twists and ruses. So using them in games becomes so much easier. Have fun simplifying your games!